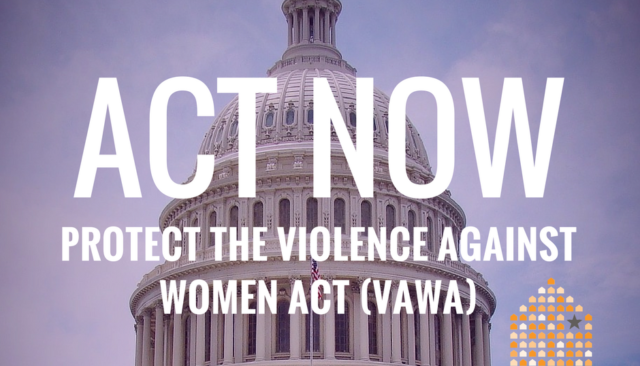 [CLOSED] Tell your Representative to Vote No on HR 4970

May 11, 2012 – On Tuesday, the House Judiciary Committee marked up and passed H.R. 4970, a bill that would weaken the Violence Against Women Act (VAWA).  Victim advocates have grave concerns about this legislation which contains changes to current law that will endanger many victims and excludes protections for specific victims.  We must now turn our efforts to the full House of Representatives in order to reauthorize the Violence Against Women Act (VAWA) that improves safety for victims.  The vote could be as early as next week, so now is the time for Representatives to hear from you.

Several Members of Congress are claiming that Tuesday’s passage is a VICTORY for victims of domestic and sexual violence but it is NOT! H.R. 4970 rolls back protections and will harm victims.  We must tell our Representatives that we strongly oppose the Adams bill.  PLEASE CALL YOUR REPRESENTATIVES TODAY!

Action 1: Call each U.S. Representative and tell them that HR 4970 harms victims

Action 2: Send a letter to each U.S. Representative

Action 3: Sign your organization on to the letter on immigration

Thank you for all that you do to support victims!