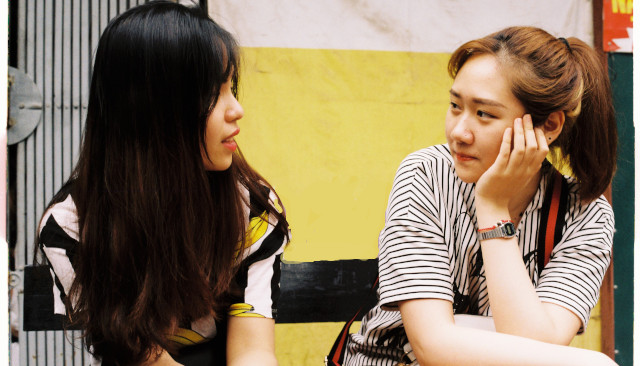 10 Tips to Have an Informed Conversation about Domestic Violence

Abuse is never the victim’s fault. As a society, we continue to place blame on victims by asking, “What did she do to deserve that?” or, “What was she wearing?” or, “Why was she there?” or, “Why couldn’t she just keep her knees together?” Yet, we do not ask these questions to victims of other crimes. We must stop asking these questions of domestic violence and sexual assault survivors.

Holding offenders accountable can take many forms. If it is safe to do so (and with the survivor’s consent), call offenders out on their abusive actions and impose social consequences, like telling them they’re not welcome for family dinner or to hang out until the abusive behavior stops. Stop excusing behavior with “boys will be boys” or “[the perpetrator] would never do something like that.” Community accountability can make a significant impact.

4. Voice that domestic violence is an intersectional issue.

Domestic violence does not happen in a vacuum. Survivors often experience other “-isms” (e.g., sexism, racism, classism, ableism, heteronormativism, etc.), compounding the negative impacts and trauma of the abuse. Collectively, these -isms play a devastating role in perpetuating gender-based violence. In 2016, a study was released that found that there is racial bias in media coverage of celebrity domestic violence.

5.  Understand that abuse is rooted in power and control.

Abuse is intentional. It is a myth that someone who abuses their partner is “out of control;” in fact, they are in good control (How often do they “lose control” at work? With a friend? With other family members?) and purposely choose tactics to control their partner. Power is hard to give up or share, and abusive actions are purposeful with the goal of gaining power and control over a partner.

Survivors know their experience and story better than anyone. Taking a survivor-centered approach empowers survivors by prioritizing their needs and wants. Often, abusers deny their partners’ self-determination; empowering survivors returns their control and enables them to make their own decisions.

8.  Communicate that domestic violence is not a “private, family matter.”

One in three women will be a victim of domestic or sexual violence at some point in her lifetime, and each day an average of three women die at the hands of someone who claimed to love them. Domestic violence affects us all; victims are our family members, neighbors, coworkers, and friends. All of us must be part of the solution.

9.  Root your conversation in equality.

One of the root causes of domestic violence is inequality. Addressing this root cause takes conscious action and significant social change.

10.  Remember domestic violence affects all of us, but with action and education we can end it.

Domestic violence is everywhere, affecting millions of individuals across the United States regardless of age, economic status, race, ethnicity, gender, sexual orientation, religion, or education. Domestic violence is not strictly physical abuse, but can include emotional, financial, verbal, psychological, sexual, and technology-facilitated abuse as well.

If you’re having a conversation about domestic violence and someone discloses that they are a victim or survivor, you can: