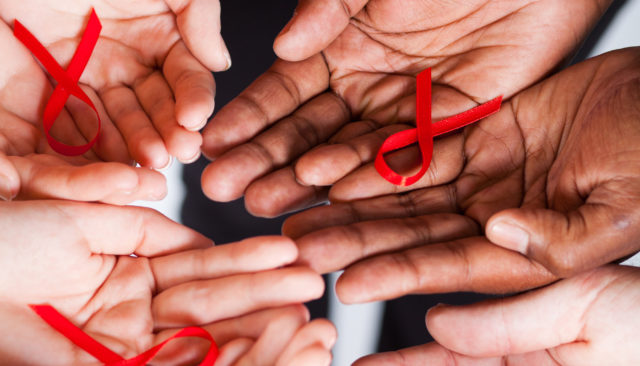 Developed in 2010, the Positively Safe project addresses the intersection of HIV/AIDS and domestic violence. Together with the National Domestic Violence & HIV/AIDS Advisory Committee, NNEDV developed a curriculum to train service provider in both fields. The curriculum has a large focus on building collaboration to address the intersection and prevent HIV and domestic violence.

NNEDV’s Positively Safe project, in partnership with the Gilead Foundation, proposes to systematically address the unique challenges and barriers facing victims and survivors of domestic violence living with HIV/AIDS by:

Since its inception, NNEDV has trained 27 of the 56 state and territories on the intersection at two national training-of-trainers. NNEDV and the Advisory Committee have also had the privilege of presenting our work at a number of international, national, and state conferences.

If you’re interested in receiving training on the intersection of domestic violence and HIV, please email us.

In 2013, NNEDV was able to present our curriculum to the President’s Working Group on the Intersection of HIV/AIDS, Violence against Women and Girls, and Gender-Related Health Disparities. Because of NNEDVs on-going commitment to these issues, we were funded to provide trainings to select groups on the intersection.

NNEDV developed a toolkit that can be used by the domestic violence field, the HIV/AIDS field, social workers, survivors, medical practitioners, and others. Tools in the kit include: Screening for Domestic Violence, Screening for HIV/AIDS Risk, fact sheets, Building a Successful Partnership, Confidentiality Considerations, and much more. See the full toolkit for all of the tools!

What you should know about HIV/AIDS and Domestic Violence