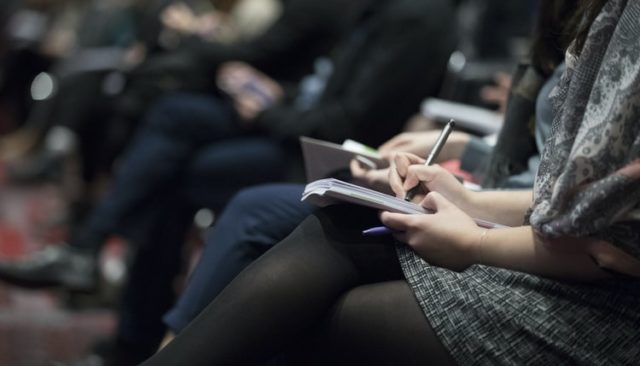 The National Network to End Domestic Violence (NNEDV) has created this guide as a resource for reporters and storytellers. While this is not a checklist, it does approach the issues of domestic violence, dating abuse, stalking, and sexual assault with the complexity and context these crimes deserve.

Why do domestic violence stories matter?

Domestic violence is a pattern of coercive, controlling behavior that can include, but is not limited to, physical violence, financial abuse, and tech-facilitated abuse (read more on forms of abuse here). The impact of domestic violence, including its stigma, can result in lasting trauma. Sharing stories of abuse can help reduce stigmatization, break the silence, let survivors know they are not alone, and inspire policymakers and community leaders to create change.

It is crucial, however, that writers and media use storytelling, story-collecting strategies, imagery, and headlines that are trauma-informed and do not cause harm. Sensationalizing trauma or perpetuating victim-blaming narratives do more harm to survivors and their families.

What considerations are there for reporting on domestic violence?

Do no harm. The goal of any story related to domestic violence should be to promote public health and safety by increasing understanding and awareness of the complex realities of domestic violence. When seeking background information, sources, or further context, start with these two important questions:

Personal accounts of domestic violence can humanize a story, but this must be done with compassion and thoughtfulness. Allow the survivor to set whatever boundaries they need, and ensure they feel included and respected in every step of the process. Fact-checking stories can put survivors at great risk. Unless given explicit permission by a survivor, never attempt to contact anyone else related to their story – including but not limited to the abuser. If a survivor has asked to remain anonymous, thoroughly check your story for details that may allow someone to discover their identity (e.g., details about their clothing, hometown, job, or family structure, etc.). But, tell any survivor who wishes to remain anonymous that there is no way to entirely guarantee complete anonymity, and respect their right to pull their story if it puts their safety at risk.

Studies show that 1 in 3 women in their lifetime will experience some form of domestic violence. Domestic violence also impacts individuals of all genders and sexualities. When telling the stories of domestic violence, these statistics remind us that many people in our lives, and many of the people who are reading those stories, have similar stories. Survivors are part of our readership, community, newsrooms, friends, and family.

Stories often focus on a specific incident, usually physical violence, and do not place it within the broader context of a pattern of abuse. This can reinforce the notion that domestic violence only includes physical abuse and that these incidents are isolated. When researching violent incidents, it is critical that reporters:

Use language of accountability when applicable (For example, “He threatened her repeatedly with violence,” rather than “She feared his threats.”)
Also, describe domestic violence without sensationalizing it. For example, characterizing an assault as “a domestic dispute” implies mutuality, and it does not reflect the actions of the abuser or the severity of the physical or psychological harm.

Additionally, ensure that headlines and accompanying images also follow these guidelines. Never use photos of injuries (e.g., bruising, casts, etc.) and avoid the use of threatening or menacing imagery and headlines.

What considerations are there for “verifying” a survivor’s story?

Verifying a story may threaten a survivors’ well-being. First, it can put them at risk of retaliation. Additionally, it can reinforce a misconception that survivors cannot be trusted to accurately share stories of their trauma. Therefore, verifying a survivor’s story requires careful consideration. The ethics of verification include the following considerations:

What resources are available for reporters interviewing survivors?

Being trauma-informed may also mean caring for yourself, first and foremost. Processing and reporting on trauma, whether recent or not, can impact your well-being. It is important to note that feeling triggered by a source’s story does not mean a journalist is not impartial. Use the following trauma-informed interview tips:

While a great deal of journalism and trauma resources focus on disaster and war reporting, more reporters are speaking up about the impact of reporting on rape, abuse, and domestic violence. Below find resources specific to journalists, and see our resources page for general public resources:

What considerations are there before requesting a survivor to comment on or add to your story?

Domestic violence shelters and nonprofits are frequently hesitant to connect reporters with survivors because it furthers the notion that a story is not worth telling unless there is a moment of trauma for readers to “engage” with. Not only does this tokenize and exploit trauma, it asks readers to take on a great deal of emotional labor that is not always necessary or helpful.

In order to put organizations at ease and to build trust, take the time to explain why a survivor is crucial for your story and how their narrative can advance public health and public good. Be prepared to work with organizations to offer alternative suggestions.

Read this primer from survivors who share their experience with reporters who have gotten it right – and wrong.

Why does language matter when reporting on domestic violence?

Even as the discourse about domestic violence has changed over the past several decades, it is still common to see language in the media that minimizes, sensationalizes, or furthers inaccuracies about the experience of domestic violence.

As language shifts and best practices are updated, the most important aspect of telling the stories of domestic violence is to listen to and honor the narratives of survivors.

What other general resources are available?

Accurate and fair journalism is essential to creating a more aware and compassionate culture for survivors of domestic violence. Thank you for your work.

Interested in learning more or connecting with a member of the NNEDV communications staff? Reach out to us.

Thank you to The Allstate Foundation for making this guide possible.

Donate to Support Our Work