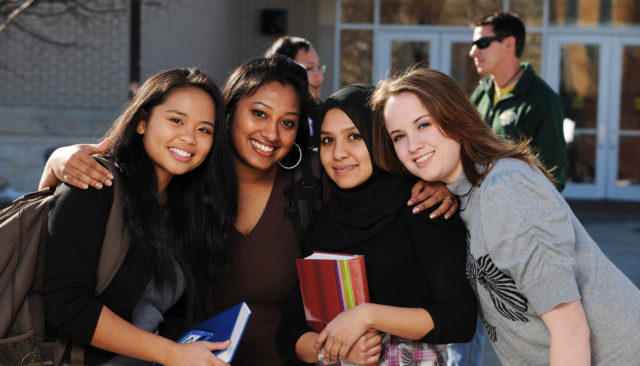 International Women’s Day and the Globalization of Safety

On March 8, 2017, the National Network to End Domestic Violence (NNEDV) celebrates International Women’s Day, a global day of honoring women and the achievements of those who have fought for gender equality and for the rights of women and girls. We yearn for a world where peace and safety are the norm – where violence against women no longer exists. To create this world, global solidarity and action are a much needed force. NNEDV is part of the Global Network of Women’s Shelters, working to unite the women’s shelter movement globally to make change and end violence against women and their children. Through this network, we work with advocates around the world to make the world a secure place for women and girls.

Creating a global movement requires staying informed on issues and priorities pertaining to women’s safety around the world. We make space to listen and understand battles that advocates face in their respective communities, and collaborate on how to best end gender-based violence as a global movement. Some issues we face close to home are echoed by advocates around the world, such as the need for women’s economic empowerment and increased and stable funding for shelters. The GNWS also discusses other, more region-specific issues such as equal property rights and rights of inheritance across Asia; the decriminalization of domestic violence in Russia; affordable housing in the United States and Canada; access to services for aboriginal communities in Australia; and providing resources for refugees in the United States and across Europe and the Middle East. Aside from meetings, the GNWS hosts the World Conference of Women’s Shelters. In 2012, NNEDV hosted the second World Conference of Women’s Shelters in Washington, DC that brought representatives from over 1,500 domestic violence shelters in more than 75 countries, and in 2015 NNEDV staff attended the third World Conference of Women’s Shelters in the Hague (the city of peace), The Netherlands. In addition to discussing global issues, strategic activism, informed advocacy, and best practices, this conference also paid specific attention to historically marginalized populations. The Indigenous Women’s Shelter Network was founded during this conference.Since then, NNEDV has stayed active in the global movement to end gender-based violence. NNEDV participated in the Commission on the Status of Women meeting at the UN Headquarters in New York, where we took part in discussions in the latest developments in the shelter movement and global efforts to end violence against women. In addition to our Safety Net team facilitating several plenaries and sessions at the third World Conference of Women’s Shelters, this month their work was showcased by the GNWS as an example of successful global cooperation. Safety Net has completed nearly 70 international trainings in countries outside the United States including, but not limited to, Austria, Australia, Canada, England, Ireland, Mexico, and Portugal. WESNET, the Australian national network, has worked closely with NNEDV’s Safety Net team to develop their own technology safety project and NNEDV is currently working with national organizations in the Netherlands, Ireland, and Canada to launch similar sister technology projects. You can learn more about our Safety Net project at TechSafety.org.

Today and every day, we are inspired by the immense collective strength of the GNWS, and the global movement to end gender-based violence. We will continue to fight for global peace and safety through ending violence against women and girls. You can learn more about GNWS on Facebook and Twitter (@WomensShelters).